Wellcem was tasked by a supermajor operator to assist in the remediation of gas migration to surface on a previously abandoned high-profile appraisal well in Qatar.

The well lacked isolation within its 32” conductor casing due to a leak within a shallow cement plug situated just below the surface at 10 ft MD. The wellhead of this onshore well was previously removed, and the lack of integrity resulted in gas production. Prior to the operation, a new wellhead was installed and pressure build-up rates were recorded further validating communication through the compromised cement sheath.

A 280-liter ThermaSet® pill was first mixed at surface before being transferred downhole on top of the leaking cement plug. Pressure was then applied utilizing a novel methodology to squeeze ThermaSet® into the microchannels.

The operation was successfully executed and achieved the client's defined objectives to restore isolation to the abandoned asset. Success was further confirmed through a 6-day observation period verifying no further gas production to surface. 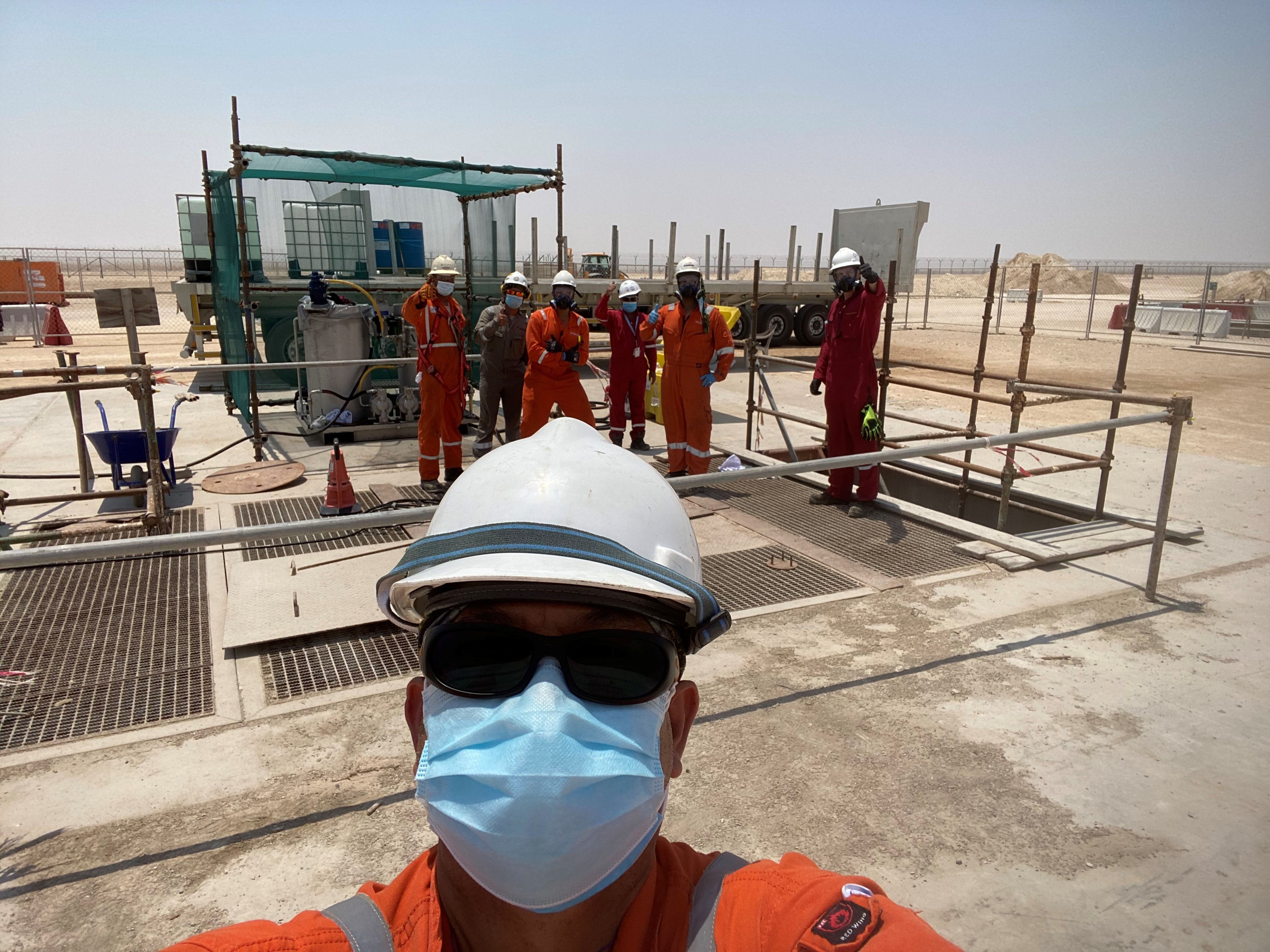 Here, you will find selected news articles about Wellcem's products, operations and activities.

Update from our Far East operation