Lab tests to review when designing a “gas-tight” cement slurry 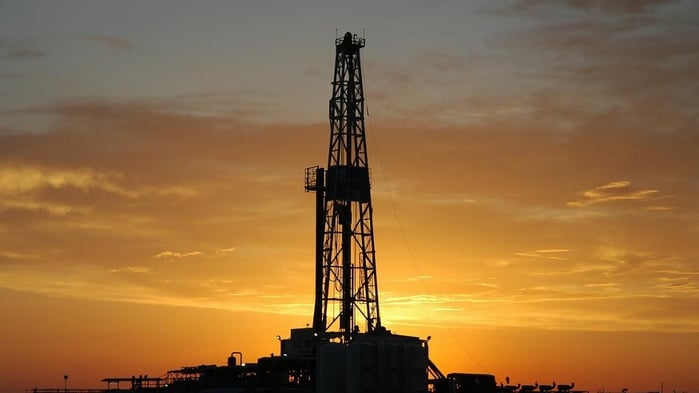 In last week's article, we discussed the mechanism of gas migration through a cement slurry. What we left for this week are the three most important lab tests to review when designing a “gas-tight” cement slurry.

In the previous article on this subject,  we discussed the mechanism of gas migration through a cement slurry. Then we dived into the heart of the matter: the designing of a gas tight slurry. We told you how important it is to counteract the “retrogression” effect caused by high temperatures and the natural shrinkage of the cement. We also mentioned how important it is to avoid free water in cement jobs that face the risk of gas or fluids migration.

What we left for this week are the three most important lab tests to review when designing a “gas-tight” cement slurry:

In the past, before the development of modern apparatuses to lab test gas migration, controlling the fluid loss was the industry's principal method for gas tight evaluation.

The loss of the liquid phase of the slurry, in static conditions (when the slurry is resting in place in the annulus and setting up), brings a loss of overbalance, further enhanced by a bridge-off by the solids left behind. This phenomenon reduces the transmitability of hydrostatic pressure from the cement column to the rock pore throat and facilitates gas migration.

Finally, fluid loss may be responsible for the creation of space within the cement matrix for gas to occupy due to a decrease in volume. The recommendation is to aim for a fluid loss as low as reasonably possible. i.e.,~50 mL/30 min.

Read more: A simplistic approach to testing the cement before every job [API10B2]

As Svein Normann told us in his article, “…a greater challenge arises as the cement slurry enters the ‘transition time’”.

In 1979, a concept of "transition state” was introduced (Sabins et all, SPE 9285). It is an intermediate period, during which the cement behaves neither as a fluid nor as a solid. The slurry loses its ability to transmit hydrostatic pressure. The concept of transition state was quantified by a transition period starting with the first measurable gel strength (about 21 lb/100 ft2) “sufficient to cause a significant pressure transmission restriction”, and ending when gas could no longer percolate within the gelled cement. It was shown that a gel strength ranging from 250 to 500 lb/100ft2 was sufficient to “prevent percolation".

Today, the API Standard RP 10B-6 (ISO 10426-6:2008) establish the testing methodology for the measurement of static gel strength development. The slurry should develop gel strength from 100 to 500 lbf/100ft2 in 45 minutes. The first gel strength is the point at which the slurry lose all its ability to transmit pressure. The second one is that same value from 1979 at which it is proven that the slurry will block the gas migration despite not been solid yet. This test needs to be measured in combination with the fluid loss (which should be 50 cc in 30 minutes or less).

Slurries for cementing applications involving the risk of gas migration, typically exhibits what is called a “Right Angle Setting”profile in thickening time tests. This is due to their quick development of static gel strength. These slurries go from 30 Bc to 100 Bc within minutes (typically 5 to 10 minutes) and are flat under 20-30Bc for the whole duration of the test till setting starts to occur.

How do we measure static gel strength development?

Historically, the SGS of a cement slurry was determined by a method using a couette-type rotational viscometer. Today, more specialized instruments have been developed that allow the measurements to be done under conditions of high temperature and pressure.

API-10B6 was developed to establish the testing protocols to determine SGS by different mechanisms, including a rotating-type apparatus, an intermittent rotation-type apparatus and an ultrasonic-type apparatus (removed in the latest API adoption due to patents exclusivity).

Porosity/Permeability of the gelled cement.

In 1963, Guyvoronsi and Farukshin measured the cement matrix permeability during the period of hydrostatic pressure reduction (Transition time) to be as high as 300 mD. In their paper, they were the first ones to introduce the concept of gas percolating through the pore structure of a very permeable gelled or set cement. In general, the higher the porosity, the easier path for gas migration through its pore structure.

For those slurry systems that rely more on porosity reduction to block gas from flowing (i.e. Microsilica systems) than on the development of gel structures, additional tests are required to ensure gas-tight capabilities. In those systems, small particles appear to pack between the larger cement particles and create a physical blockage, which can prevent gas from mobilizing the pore water.

For these systems, not depending on gel development, tests that evaluate the resistance to gas migration in the lab are more relevant. These tests offer “a closed system in which nitrogen gas is injected into the bottom of a cement slurry during its hydration. The cement’s susceptibility to gas migration is determined by whether or not the nitrogen gas injection pressure is transmitted up through the column of cement to the opposite (top) side of the sample where the pore pressure is measured. If no gas migration occurs, the pore pressure will continue to drop (due to the shrinkage and loss of fluid communication through the sample)”.

The two more popular devices in the market are the “Cement Hydration Analyzer” (CHA) and the “Fluid Migration Analyzer” (FMA). The first one, perhaps the more widely used, is capable of managing temperatures of 325°F and a ΔP of 1,000 psi. The second one, a more recent invention, is capable of managing 400°F and a ΔP of 2,000 psi. The FMA test cell itself is similar to an API HTHP fluid loss cell. The filtrate from the cement slurry can be collected from the bottom and the top of the cell through screens or rock core. The test cell can be rotated to simulate actual wellbore angles

These tests may not be available at your local lab but on a regional client support lab instead. Regardless the case, it is very important to use representative samples of cement, water, and additives for the test results to really endorse the gas-tight characteristics of the slurry that you are about to pump downhole.

What if we use resins in front of that same gas loaded reservoir?

Since the mechanisms of gas flow would be the same, the focus should also be on proper mud removal, prevention/mitigation of mechanical stresses and the design of a “gas-tight” slurry system, just like with the cement.

Regarding mud removal, the same considerations that we went thru in the first piece of this article apply; respect the viscosity and density of your fluids and maintain a hierarchy.

The impact of the short and long term mechanical stresses are a lot less significant with resins than they are with cement as resins are far more flexible and capable of withstanding significantly more stringent conditions. In fact, resin would be one of those alternative technologies when looking for a “Flexible cement” that we will discuss in a different article.

As far as the designing of a “gas-tight’ resin slurry, a few things would be different and advantageous if you choose resin over cement:

The resin won’t suffer from “Retrogression effect” over 110°C. Even when it would also suffer from shrinkage, it would be lower than for cement, and the addition of fillers (weighting inert agents) significantly reduces the effect. Micro-annuli creation due to shrinkage is not an issue despite no artificial expansion is induced.

Resins won’t suffer free water nor fluid loss. Therefore, migration mechanisms associated with these properties are not of concern. Just the same there is no identifiable transition gel time in resins, so testing for gel strength development is not relevant.

If you have a system and want to make sure it blocks gas migration, simply run a slurry gas migration Go-No-Go- test and go for it!.

Note: Lab apparatuses that measure gel strength development from acoustic impedance don’t have a mathematical algorithm for resins yet.

Lab equipment information contained within this article was possible thanks to the collaboration of Anthony Stonehouse, Sales and Marketing Manager at AMETEX Oil & Gas – Chandler Engineering Middle East.