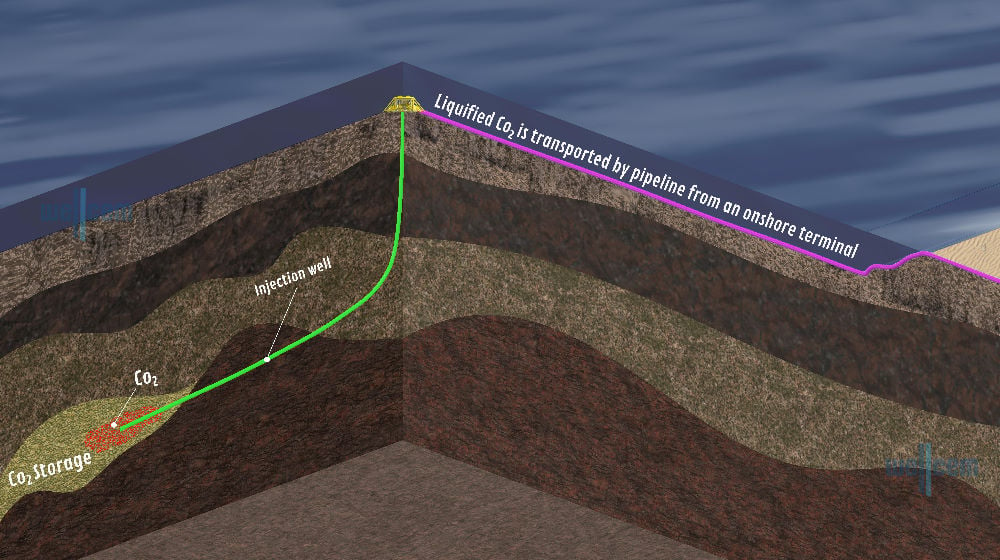 CO2 storage is one of several technologies that can contribute to significant reductions in global CO2 emissions. The CLIMIT research program aims to develop, pilot, and demonstrate CO2 capture and storage (CCS) technologies. Wellbore integrity is one of several challenges that needs to be solved.

CCS is an application that requires long-term wellbore integrity. Wellcem was approached by The Research Council of Norway in 2015 and asked if we would be interested in participating in the CLIMIT program.

Objective: To prevent and to remediate leakage

This work's objective was to evaluate the potential for thermal activated polymer resin systems as remediation materials to repair cement failure at laboratory scale and representative reservoir temperature.

The long-term wellbore integrity challenge was highlighted in a special report published by the Intergovernmental Panel on Climate Change (IPCC) on CCS:

“Injection wells and abandoned wells have been identified as one of the most probable leakage pathways for CO2 storage projects” (2005, p.244).

Thus, prevention and remediation options for any potential leakage through wells will play a crucial role in large-scale CO2 storage implementation.

Many of the available oil & gas technologies and remediation methods used for oil and gas leaks can also be applied to CO2 storage operations. Addtional reading: Different materials for oil and gas wells

Thermally activated polymer resins (e.g., ThermaSet® from Wellcem) have been widely used on the Norwegian Continental Shelf and in the Middle East oil fields. In general, resins are applied to solve a variety of well integrity challenges such as casing leaks, channels behind the casing, plugging in general, and leakage remediation.

The resin formulation can be accurately designed for an application, such as:

Thus, the resin can remain in the liquid form during pumping or squeezing into the desired place. The curing of resin is then activated when it reaches the target at the designed temperature.

The objective of (this part of) CLIMIT’s work on Carbon Capture Storage was:

A leakage scenario was considered a failure of the cement sheath (micro-annuli, cracks, voids, and degradation). A core-flooding setup was used in the experiments. Cement core samples with artificially created leak paths were prepared. Polymer resins were squeezed into cement core samples along the leak paths and left to cure.

The aim was to determine different resin formulations' ability to be squeezed into designed leak paths and its sealing ability in cement core samples with varying crack sizes/configurations and lengths.

Results showed that polymer resins could be squeezed into large-sized cracks (500 μm) 2 and small size cracks (72 μm). The squeeze of resin proved to be successful for sealing the designed leak paths.

This indicates that the original measurements' permeability reductions were not due to the formation of filter cakes at the inlet of the core samples. However, resin formulation, such as viscosity and fillers, can play essential roles when treating small size cracks.

The long-term exposure test was performed by placing the samples inside autoclaves filled with 5 mol % CO2 and water vapor in N2 at 100 °C and 500 bar.

After 1, 3, 6, and 12 months, the autoclaves were removed from the heating cabinets and de-pressurized. The samples' long-term integrity was determined by measuring weight, volume, permeability, and mechanical strength before and after exposure. The resin is resistant to CO2. There was no significant change in weight, volume, or permeability, and the strength of resin samples are mostly unaffected by CO2 exposure.

Based on the experimental laboratory results and long-term CO2 exposure study at realistic conditions, the evaluated thermal activated polymer resin systems are promising candidates for remediation of leakages in CO2 storage wells. The results have shown that the design of the polymer resin formulation is crucial for the application.

In this free downloadable guide, you can get more insight into the topic of leaking reservoirs: